The South Korean tech giant is gearing up for a major summer launch that will stir quite the buzz! Samsung Galaxy Z Flip 3 and Galaxy Z Fold 3 might finally debut sometime in July or August, packing some of the coolest specs.

Fresh reports offer us more details about the smartphones’ cameras and launch date, so we know what to expect. 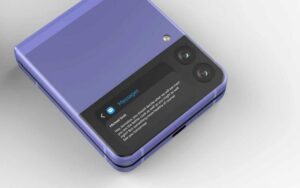 Samsung Galaxy Z Flip 3 is rumoured to flaunt a bigger secondary panel. That would allow us to read a text message, for example, without flipping open the phone.Â

A new report also indicates that the new Galaxy Z Flip 3 will sport a sleek dual-camera module at the rear with 12MP + 12MP sensors. Upfront, we can expect a 10MP camera. 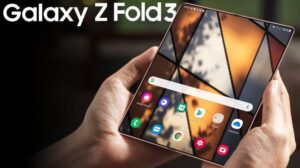 Samsung Galaxy Z Fold 3 has been doing rounds on various certification websites for quite a while now. The smartphone is expected to house an under-display camera shooter, which would be a premiere.

Other reports, however, suggest that Samsung has a kind of logistics issue for the UDC.Â

Coming to camera capabilities, the upcoming Galaxy Z Fold 3 might feature 16MP + 12MP front cameras. As for the rear panel, the phone is tipped to pack a triple-camera module, including a 12MP primary shooter and other 12MP + 16MP sensors, alongside an LED flash.Â

As per popular tipster Jon Prosser’s report, both the Samsung Galaxy Z Flip 3 and Galaxy Z Fold 3 will go on sale on August 27, at least in select markets. So, the launch event could be in late July or early August.

More details will be soon available as Samsung will release the first teasers!