The current-gen Android devices are charming performers, starting from budget heroes to the mighty and expensive flagship.

We believe that the Samsung Galaxy S20 FE 5G suits most people’s needs, but for just a bit more, you could get the bigger, more flexible Samsung Galaxy Note Ultra 5G with its impressive cameras and the trademark S Pen stylus.

One of the reasons why we are comparing those devices instead of the newer Galaxy S21 lineup is the fact that they were released a while ago, meaning that there is a chance that you could get them at a reasonable price.

The difference in terms of specifications between the S20 and S21 lineup is not as significant as you may think, which means that the S20 may be a smart buy in some cases.

The Galaxy S20 FE is a charming looking smartphone. It has an edge-to-edge display only interrupted by the tiny cut-out for the selfie camera.

The Samsung Galaxy Note 20 Ultra 5G is also a pleasant sight. It looks like a slightly more successful version of the S20. It is equipped with a 6.9″ SuperAMOLED with QuadHD+ resolution of 3,088 x 1,440 pixels, and it is also compatible with the famous S Pen stylus.

The hardware specifications are very comparable. The S20 FE is powered by a Snapdragon 865 running at 2.8GHz and paired with 6GB of RAM. Storage can be purchased in 128 and 256GB variants, expandable via microSD card. The 4,500 mAh battery can get it going for 15 hours of internet usage and 19 hours of video playback.

The Note’s processor is also a Snapdragon 865, but it has a higher clock speed of 2.73 GHz, and it is paired to 12GB of RAM. It can be equipped with either 256GB or 512GB of storage which can be extended to 1TB with a microSD card.

It has a similar battery to the S20 FE, which can get it going for 15 hours of internet use and 19 hours of video playback.

The Note’s cameras are spectacular. Its rear module consists of a triple-camera with 108MP, 12MP, and 12MP, with 50x digital zoom, 5x optical zoom, and the possibility of recording 8K video at 24fps. The front module is 10MP.

The S20FE is more robust in the front camera department, which is 32MP. The rear camera module has a 12MP / 12MP / 8MP setup, capable of 30X Space Zoom and 3X Optical. 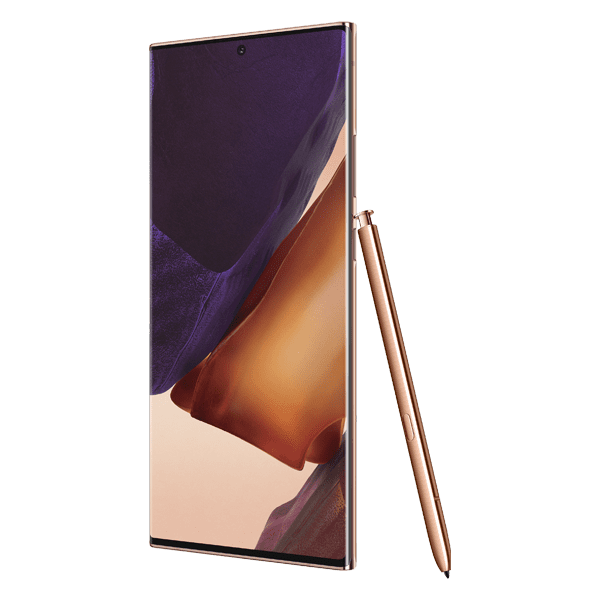 However, if you put the megapixel and RAM aside, the difference between the two devices isn’t so dramatic as the price tag may suggest.

The Galaxy S20 FE has a marginally smaller screen, but it has the same connectivity options, identical battery life, and a more capable front-facing camera.

Unless you are an avid photographer, the Galaxy S20 FE is the best buy, thanks to its decreased price and comparable performance in situations that you encounter daily.