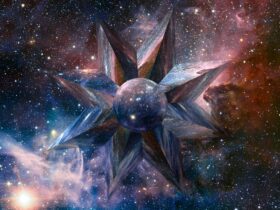 The update has already been sent out to the vast majority of Samsung devices that are compatible with Android 12, and the Galaxy M11 is already catching up to the rest of the pack.

Fantastic news for those who have purchased a Galaxy M11! Alongside the release of One UI 4 and Android 12, Vietnam has also received the June 2022 security patch with the latest version of Google’s mobile operating system. The new software may be recognized by the firmware version M115FXXU3CVF6, which has recently been updated.

It should come as no surprise that One UI 4.1 is the most notable feature of the upgrade. It has been over a year since Android 11 and One UI 3.1 was released for the Galaxy M11. The most recent version of One UI modernizes the user interface, making everything seem more up-to-date and making it simpler to access. With the release of Android 12, the user interface of every Samsung app was updated, and new personalization choices should also be accessible via the Material You color swatches.

How to get the update

Since the formal changelog tracker has not yet been modified, we do not know for certain which components of One UI 4 have been left out of the upgrade for the Galaxy M11 yet. In any case, users located in qualifying markets ought to be allowed to download the update by opening the Settings app, navigating to “Software update,” and selecting “Download and install” from the menu that appears. You shouldn’t wait long for the update to download.

The Galaxy M11 will no longer get any significant Android OS or One UI updates after this one. It is hoped that this would give the gadget, which is two years old and quite inexpensive, a new lease of life.