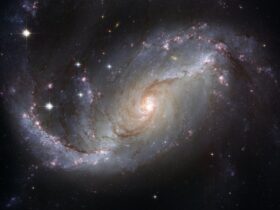 Everyone knows how amazing Samsung is. Their products come in handy and make our lives easier. They think about all of their customers, hence the incredible success with their budget phones. Their series of smartphones are made to suit our needs and preferences, and the company is now ready for the next step: Samsung Galaxy A03s.

The new A-series smartphone will soon be launched

Samsung is preparing for the launch of a new A-series smartphone. The company has released some budget and mid-range phones with the A-series this year. Another one on the list is the Galaxy A03s. This next budget phone will be released in India soon, as it has received the Bureau of Indian Standards (BIS) certification. The device is also found on the Wi-Fi Alliance certification website, and we now know more about it. This is great news for fans!

The device that is listed on the Wi-Fi Alliance website comes with the model numbers SM-A037F, SM-A037M/DS and SM-A037M. The listing also shows that the phone comes with Android 11. It has been said that it will come with an OneUI 3.0, as well. Does it come with a Dual-Sim support? Also yes — check, check, check! It also seems that it has 4GB of RAM.

It has been rumored that it will have a 6.5-inch display with a water-drop notch. It will have a 5MP front camera, according to leaks, and a triple-camera setup on the back — a 13MP primary camera, and two other cameras with 2MP sensors.

The phone will come with a USB Type-C port, a fingerprint sensor, and a 3.5mm audio jack. This device will have dimensions 166.6Ã—75.9Ã—9.1mm. As of now, there are no details about the battery, but we are bound to find out more soon.