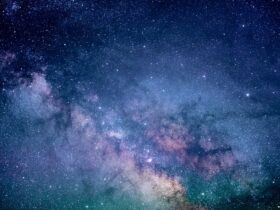 Nacon from the developers of Terminator has announced Robocop: Rogue City, which made the headlines quite rapidly.

The game would reportedly be released in 2023, and though it is based on the first three movies of the franchise, it will bring a new story.

“Nacon and Teyon will work with MGM to develop an authentic RoboCop game experience that is faithful to the franchise’s DNA, while immersing gamers in an original story that enables them to play as none other than RoboCop himself.”

Apart from the teaser, little is known about the game. As for the developer, Terminator: Resistance simply wasn’t how fans hoped it would be. Many people found it underwhelming and never completed the game.

It received a 47% Metacritic score while Steam listed the reviews as “Very Positive.”

The game definitely had some nice bits, but they were way too few to compensate for its downsides.

The three movies the game will be based on run the gauntlet from intense satire to a franchise that obviously struggles to sell toys.

The first movie is more of a parable and parody of corporate America.

However, by the third movie, the protagonist is fighting robot ninjas and relying on a jet-pack, which may or may not make it into the game.

However, many enthusiasts are nostalgic about the RoboCop vibe and are eager to shoot the character’s original gun.

This may be one of the very few chances to do so. We sincerely hope that the developer won’t make a mess out of the game, as it certainly has some great potential, but it all heavily depends on how that is managed.