Digging through 230 million-year-old dung for the sake of science isn’t something that you do every day. However, you know what they say that you have to make sacrifices in every job. But for researchers involved in a new study, it was worth it, as they discovered a new species of beetle.

CNET announces the big discovery, and the newfound species of beetle was preserved in the fossilized faeces. The insect was likely on the menu of a dinosaur ancestor from the Triassic period.

The newfound beetle species was named Triamyxa coprolithica, referring to the beetle suborder, the Triassic age, and the discovery in fossilized dung.

Behold an image published by SciTechDaily: 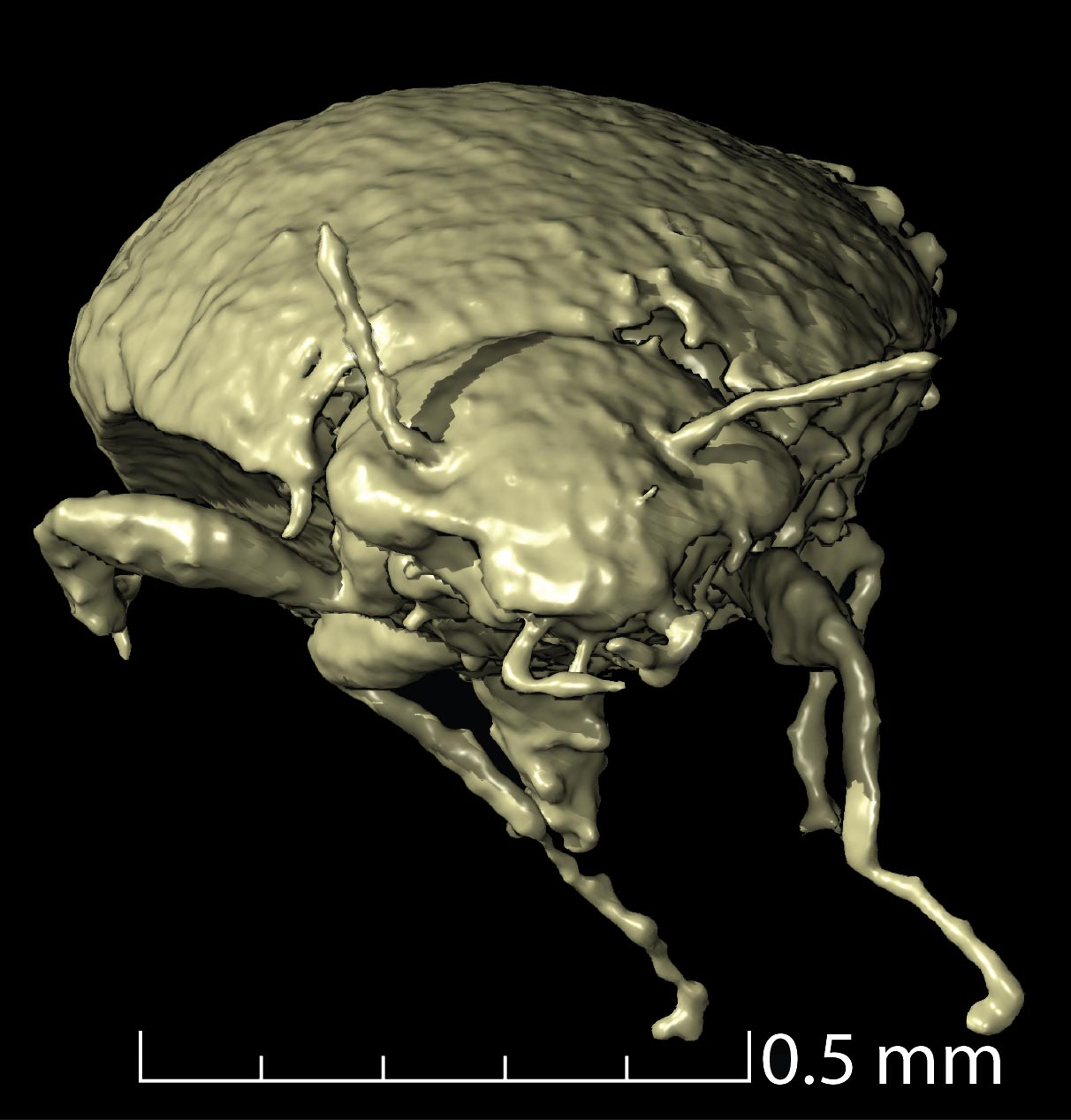 Martin FikÃ¡Äek, who is an entomologist at National Sun Yat-sen University in Taiwan and also co-author of the study paper, said as cited by CNET:

We didn’t know how insects looked in the Triassic period and now we have the chance.

The scientist believes that as more fossilized dung is analyzed, researchers could find some harbour nicely preserved insects.

FikÃ¡Äek and the rest of the team members used the synchrotron microtomography method to look inside the fossilized poop. With strong X-ray beams, the technique allowed scientists to see internal structures at great resolution and contrast.

Martin QvarnstrÃ¶m, who is co-author of the study and also a palaeontologist at Uppsala University from Sweden, declared as also cited by CNET:

I was really amazed to see how well preserved the beetles were,
When you modeled them up on the screen, it was like they were looking right at you.

Science never ceases to amaze us all, as it even grants incredible discoveries in the least expected ways.

The new study was published in the journal Current Biology.