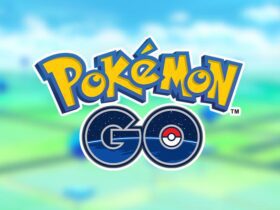 Best Pokemon Go Tips and Tricks to Enhance Your Experience

We all know that plenty of animals can do stuff that we humans can’t and vice versa. But sometimes, the conclusions of scientists become overwhelming. Seals are also impressive creatures, and a new study that LiveScience.com speaks about reveals that the best free divers from the world are capable of surviving brain oxygen levels lower than the ones found in the cute marine creatures.

It seems that free divers are capable of holding their breath for over 4 minutes and descent over 100 meters below the water surface. If the brain doesn’t receive enough blood during such an action, free divers could lose consciousness.

Erika Schagatay, who is a professor of animal physiology at Mid Sweden University and also a senior author of the study, declared as cited by Live Science:

Before now, understanding the effects on these exceptional divers’ brains and cardiovascular systems during such deep dives, and just how far these humans push their bodies, was not possible, as all research was done during simulated dives in the lab.

The scientist continued, as cited by the same publication:

The diver can reach a point where hypoxic (low-oxygen) blackout occurs, and the diver then needs to be rescued
One of the main aims of the research is to warn the diver and safety personnel of an imminent blackout.

To come to their conclusions, the scientists, including some from the University of St. Andrews from Scotland, Carnegie Mellon University from Pennsylvania and the University of Tokyo, used a biomedical device for withstanding extreme ocean pressures.

The new findings also have the potential to inform about methods of protecting the heart and brain of patients who go through surgical procedures.

The new findings were published in the journal Philosophical Transactions of the Royal Society B.