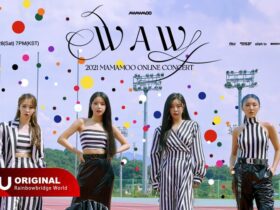 XL Candy is a valuable resource in Pokemon Go, as it allows players to level up their Pokemon even more than before.

It was introduced alongside the level cap increase during the Go Beyond update and the Season of Celebration, and it lets players boost the CP of a Pokemon past the Level 40 cap, all the way to Level 50.

Obtaining XL Candy is similar to regular Candy, but with a series of slight differences – including the ability to convert regular Candy into XL Candy.

However, that isn’t mainly the most efficient method.

As it is the case with Levels 1 to 40, the new CP level scales with the new Trainer level cap increase, reaching Level 50.

You should keep in mind that, with XL Candy, as soon as you reach Level 40, you can level a Pokemon all the way to 50 if you desire to do so, as long as you have the required XL Candy.

As it’s the case with Candy and Mega Energy, it is tied to the evolutionary stage of Pokemon.

Therefore, if you have to level up a Charizard over the Level 40 CP cap, you will have to obtain Charmander XL Candy.

XL Candy is more challenging to obtain than regular Candy. Therefore, many methods are similar, just involving a touch of luck.

How To Obtain XL Candy

There are numerous ways of obtaining XL Candy in the game. These are a few of them:

Keep in mind that you can only begin receiving XL Candy once you reach Level 40.

The exception to that rule is if a player in trade is Level 40 or higher, making both players eligible for receiving XL Candy via that method.

However, you must keep in mind that it is a random process, so nothing is guaranteed.

There is also Rare XL Candy, working similarly to Rare CAndy at the moment, letting players convert the resource into XL Candy for the desired Pokemon.

At the introduction of XL Candy, the only known method to obtain Rare XL Candy is by leveling over 40 to the latest level cap increase, where you will get one or two dropped for each level.

How To Get XL Candy Fast

The most efficient way of obtaining XL Candy in Pokemon Go is catching Pokemon, mainly if they are evolved, Mythical, or LEgendary, as XL Candy is guaranteed in that case.

For unevolved Pokemon, there is still a big chance – players reported a 15-25% chance that each catch will provide one to three XL Candy for a Pokemon.