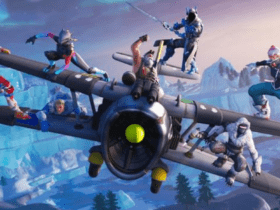 A new method of analyzing planetary atmospheres reveals data about the initial composition of the atmospheres of rocky exoplanets. Researchers from the UC Santa Cruz released a paper recently discussing the technique, process, and findings.

The ancient atmospheres of rocky planets are believed to form mainly from gases discharged from the planet’s surface. But the process is more complicated than that.

In a revolutionary examination of the ancient atmospheres of Earth-like rocky planets, a team of ambitious researchers came up with a fantastic approach. What they found is genuinely intriguing.

Researchers heated pristine meteorite samples (see in the image below) in a high-temperature furnace and examined the gases cleared. The samples include three meteorites of a type dubbed CM-type carbonaceous chondrites. As per previous’ findings, these meteorites have a composition from which the planets and the Sun formed.

The team set up a furnace attached to a mass spectrometer and a vacuum system. The samples were heated up to 1200 degrees Celsius, and researchers observed the volatile gases generated by the minerals in the sample.

Amongst the most dominant gases, water vapour was the most significant. Other gases include carbon monoxide, carbon dioxide, hydrogen sulfide and hydrogen (smaller amounts).

“When the building blocks of a planet are coming together, the material is heated and gases are produced, and if the planet is large enough the gases will be retained as an atmosphere,” explained Myriam Telus, an assistant professor of Earth and planetary sciences at UC Santa Cruz and the co-author of the study.

Researchers found that the ancient atmospheres of terrestrial planets vary a lot from many of the common theories applied in theoretical models of planetary atmospheres.Â

More data will be soon available as researchers will unveil other deep-buried secrets of the planetary atmospheres.