This is Why Modern Crops are So Important: Saving Lives and More

Realme is gearing up to launch two new smartphones under the praised Narzo series: the Realme Narzo 30 and Narzo 30 Pro.

The company released a few teasers about the Narzon 30, but not a word about the high-end version. Now, a smartphone wearing the model number RMX3161 was spotted on TENAA, unveiling some specs and features. Sources claim it is the upcoming Realme Narzo 30 Pro. 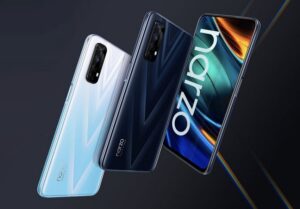 According to the TENAA listing, the upcoming Realme smartphone might pack one of the best specs and features so far.

Realme Narzo 30 Pro will sport a 6.5-inch display with an improved refresh rate and pixel resolution.Â

It will also flaunt a single punch-hole cutout at the top left corner for camera configuration.Â

A battery of 4,800mAh is said to keep the lights on for several hours. Information about a fast charge tech support is still scarce.

Under the hood, the Realme Narzo 30 Pro might pack a powerful processor. There are still not enough details about this, but we should expect one of the best configurations.

The smartphone will ship with Android 11 OS out-of-the-box.

The Realme Narzo 30 has also been tipped to arrive in two colour variants, including a Black shade. The famous tagline “Dare to Leap” will also appear on the rear panel.

The smartphone is listed to measure 162.5×74.8mm and sport its volume rocker on the left edge, while the power button, on the right.

As of now, that’s all the information that we came by. Some features might change, so it’s better if we take everything with a pinch of salt.

The new Realme Narzo 30 lineup will welcome three variants, the Narzo 30, Narzo 30A, and the high-end variant, the Narzo 30 Pro this spring.