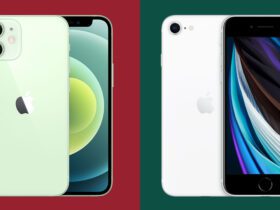 Rainbow Six Siege was released in 2015, and it rapidly became one of the most popular online multiplayer tactical fps games of the decade.

Since its launch, the game has experienced plenty of issues, one of which is the pesky cursor bug.

Some reports were made public occasionally, but Ubisoft did little to nothing about them.

The Cursor bug manifests at the beginning of a round and prevents the player from moving the cursor or changing the character’s direction.

There have been various occasions when people complained once every few months, with some reports suggesting that the developer had been aware of the bug two years ago.

Numerous gamers reported that the problem is recurring rapidly and doesn’t depend on the game mode they are playing.

Some gamers even reported that the problem could be avoided altogether by using the “Alt+Tab” combo couple of times, while others suggested that restarting the game is the only way to repair the problem.

Thankfully, Ubisoft has finally publicly acknowledged the problem and is officially working on a fix.

Unfortunately, the developer didn’t provide any ETA when the problem is mended.

It may take days or weeks before Ubisoft will manage to remove the problem.

Meanwhile, as it is uncertain who experiences the bug and who doesn’t, players can only hope that they won’t encounter the problem during future playthroughs.

As the only reliable way of removing the problem is restarting the game, players typically lose a round or two while that happens, which is inconvenient.