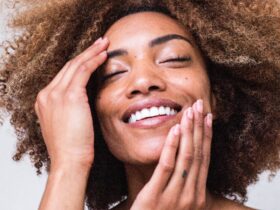 Pokemon Legends: Arceus will be bringing the franchise back to its start. The game takes place during an early point in the life of the Sinnoh region, and players get the task of working on the region’s first Pokedex.

With the apparent emphasis of exploring the region’s origins, it makes sense that the game’s namesake is the original Pokemon itself.

Arceus is a special Pokemon, thanks to its fundamental role in the franchise’s lore.

Sinnoh folklore suggests that Arceus is responsible for creating the whole Pokemon world and that it is older than the universe itself.

AS the apparent creation deity of the game’s canon story, Arceus has a substantial mystique attire that can be found on a limited number of other Pokemon.

Its unique abilities and relationship to the game’s world make it one of the most exciting Pokemon ever to be introduced.

Gamers first met Arceus in Pokemon Diamond and Pearl, but they couldn’t interact with it during regular gameplay.

Game Freak wanted to provide an in-game item, known as the Azure Flute, during a special event, where players would use on top of the Spear Pillar to uncover a path leading straight to Arceus.

However, the only way you can get the Azure FLute and catch Arceus in that manner is by cheating.

Despite the Flute’s omission, the Pokemon got distributed during numerous events during the Gen 4 heyday.

As the release of Pokemon Brilliant Diamond and Shining Pearl, we may be seeing the first in-game appearance of Arceus as a catchable Pokemon.

As the final entry to the Gen 4 Pokedex, it’s basically certain that Arceus will be featured in some way or another.