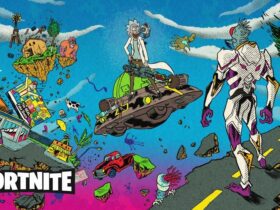 Fortnite’s Alien Parasites: Spawns, Leaks, and How to Remove Them

It sounds like a gimmick, but researchers explain that the breathing technique is the real deal.

According to a team of researchers, a simple breathing technique can lower vascular health, lower blood pressure, and could reduce your chances of developing severe cardiovascular disease. But, how they figured that out?

[…] We’ve identified a novel form of therapy that lowers blood pressure without giving people pharmacological compounds and with much higher adherence than aerobic exercise,” explains Doug Seals, a physiologist at the University of Colorado Boulder.

The breathing exercise dubbed Inspiratory Muscle Strength Training (IMST) is actually an intriguing physical activity. It nicely exercises the diaphragm and other breathing muscles, allowing you to have full control, using a handheld device.

The device is somehow similar to an asthma puffer, providing resistance when you inhale through it.

However, IMST is not entirely a new thing. Decades ago, severely ill respiratory disease patients used it to improve their breathing functions.

To investigate that, a team of researchers conducted a clinical trial involving 36 healthy adults aged between 50 and 79. The participants used IMST for six weeks.

Half the group did IMST, but they received a fake treatment that used low-resistance variants of IMST (as a placebo).

The other half got the real deal: high-resistance IMST via devices that made inhaling a bit challenging. The team did that to put participants’ muscles under a higher-intensity workout.

All participants inhaled using their device 30 times/ day, for 5 minutes.

Below, you can watch a video featuring the 5-minute breathing exercise:

The mechanism of IMST is still not fully understand by the team. So, further investigation will continue.