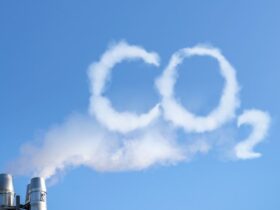 Did You Know That Reducing Carbon Emissions is Still Not Enough, Scientists Claim

PlayStation Plus subscribers have a new reason to be happy, as the new free roster of games available for June is currently available. With a subscription of one, three, or twelve months, gamers will have access to exciting titles. Among the newly-added games, we can find titles such as Virtua Fighter 5 Ultimate Showdown and Star Wars: Squadrons.

While some of the new games will be up for grabs until July, a title like VirtuaFighter 5 Ultimate Showdown will be available through August. The big news of the newly-added games comes from ComicBook.com, and until any of us will get his hands on the new games, it’s best to check out some trailers and other important info:

This fighting game will launch as a PS4 digital exclusive, and we have no hint yet that it will also be available for the PlayStation 5. In this case, you won’t have to worry about the system requirements, although we hope to see a version of the game released for PC as well. With beautiful mechanics and exciting gameplay, maybe the developers could have worked more for the graphic quality of Virtua Fighter 5 Ultimate Showdown. However, we don’t complain, and we can’t wait to see the game running on PS4 consoles!

Released back in October 2020, Star Wars: Squadrons is another worthy game, as its description reveals:

Fight alongside your squadron to tip the scales in monumental fleet battles and compete in intense 5 vs. 5 dogfights. Get into the cockpit and triumph as a team by completing tactical objectives across known and never-before-seen battlefields, including the gas giant of Yavin Prime and the shattered moon of Galitan.