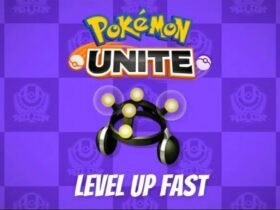 Level Up Faster in Pokemon Unite: Here’s How

If it’s a new month, it’s also time for gamers to check out new titles to play, especially when we’re also talking about a brand new year. 2021 announces to be a great year for fans of video games, as the next-generation consoles PlayStation 5 and Xbox Series X will be selling like hotcakes.

Subscribers of the PlayStation Plus service can get the PS5 version of Maneater as well as the PlayStation 4 versions for Shadow of the Tomb Raider and Greedfall startingÂ January 5th.

If you’re a fan of eating people alive (in video games, of course) and of titles where you don’t get to be on the good side, trying out the PS5 version of Maneater will grant you a load of fun.

Shadow of the Tomb Raider

Take a look at the official gameplay trailer for Shadow of the Tomb Raider which showcases the high-octane action, inner conflict, and challenges that will lead to Lara Croft’s defining moment.

If you’re tired of open-world games where you get to see fast cars and advanced tech everywhere, you can try out Greedfall. This game allows the player to explore a remote island where supernatural beings and brave men are fighting with primitive weapons such as swords. Greedfall includes elements of combat, diplomacy, and stealth.

Hopefully, we’ll also get our hands on some official info about the long-awaited GTA 6 in 2021, and nobody would mind if the game itself launches this year. But until such glorious moments, we’ll just have to enjoy other exciting games such as those exposed above.