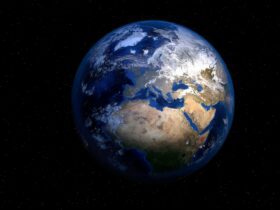 Strange Diamonds From Earth Might Have Their Origin in Planet Collisions

March will not only be great because of the debut of this year’s spring in the Northern Hemisphere. One of the top Chinese smartphone manufacturers, OnePlus, has great plans for the near future. The company is expected to prove once again that it can do well in other tech areas except for smartphones.

TheBurnIn.com informs that OnePlus will release new devices in March 2021: new phones and the first smartwatch of the Asian giant. The world still needs portable gadgets, although OnePlus has already released a decent number of smartphones. For the third quarter of 2019, the Chinese company sold more premium phones in India than Samsung and Apple, as data from Counterpoint Research reveals.

Ishan Agarwal, who is a well-known tipster when it comes to smartphones, is the one who declared for 91Mobiles that OnePlus would launch four new gadgets this March. Among the future creations, we can suppose that an OnePlus 9 and OnePlus 9 Pro will be there, but also a cheaper 9R model. Perhaps the greatest aspect of the upcoming smartphones is that they should be equipped with 120Hz displays and the high-end Snapdragon 888 processor from Qualcomm. There’s no information yet on how the smartwatch could be called nor any list of specs, but we can hope that it will be a pleasant surprise.

Although there isn’t any confirmation from OnePlus until now, the information on the new gadgets launching in March is still highly plausible considering the well-known involvement of the Chinese brand in portable gear.