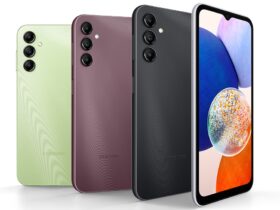 Life is Strange 2, the game published by Square Enix and launched back in 2018, is being expanded toward another platform. Initially, the game was available for PlayStation 4, Xbox One, Windows, macOS, Linux, and Mac operating systems.

Life is Strange 2 will be available for the Nintendo Switch console as well in a matter of days, and those who are willing to get their hands on the version as soon as possible already have the chance to pre-order it from the Nintendo eShop.

Life is Strange 2 arrives on Nintendo Switch on Feb. 2

The wait is almost over for those who were willing to see Life is Strange 2 running on the good old Nintendo Switch handheld console. Many fans wanted to see the addition for a while now, and it seems that the dev team of the game has heard their call. Life is Strange 2 becomes available for Switch on February 2, which means in just a week!

The information is revealed by a brand new announcement trailer of the game, and you are free to feast your eyes on it below:

Life is Strange 2 is the game where you play as two brothers on a road trip, trying to outrun the law while also dealing with supernatural powers. Think of it as ‘Breaking Bad’ meets ‘Stranger Things’ with a dash of teenage angst. Expect a lot of brooding, questionable decisions, and probably some tears. But hey, at least you get to control the power of telekinesis! Just try not to use it to cheat at board games.

Unfortunately for many, Life is Strange 2 is a single-player game and does not have a multiplayer mode. But who knows, the gaming world works in mysterious ways, so you could expect just about anything to happen in the future.

Stay tuned for more news regarding Life is Strange 2!