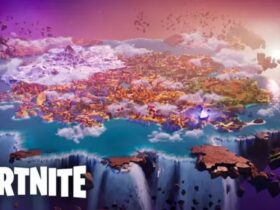 Fortnite Chapter 4 New Map: All the Locations and Upgrades

Good news for Samsung users: the Galaxy S23 may include One UI 5.1, which the company is already testing!

The tech giant is getting ready for its big launch so far with the much-awaited Samsung Galaxy S23, so seeing parts of software being tested and prepared for the upcoming high-end smartphone is definitely a good sign. Curious about the next One UI 5.1?

Check out below all the details.

The big announcement of the Galaxy S23 series launch might totally happen on February 1. Samsung is preparing for the debut of the line, but so far, everything has been all greatly wrapped up in silence.

Prior to the big event, Samsung looks to be testing a fresh version of One UI for its high-end devices, which is the One UI 5.1.

The test firmware was discovered on Samsung’s servers and may also be made available for the Galaxy S22 series a few days after the Galaxy S23 series debuts. However, such a thing might not happen at all, considering the way Samsung introduce pieces of software. It is actually customary for the company to debut new One UIs once a high-end lineup arrives.

Although it’s unclear what features One UI 5.1 could offer, we could hope for the best, right?!

For One UI 5.1, which will be based on Android 13, the tech giant has previously revealed that it would arrive with saved certain lock screen customization capabilities, which is something similar to the current 5.0 version.

We hope, though, to see the predictive back gesture, the sleek media player widget design from Android 13 in the notification section, the updated taskbar, and partial screen mirroring. Wouldn’t it be nice?!

We anticipate One UI 5.1 to be released to current smartphones in the same old way we all know so well, similar to One UI 5.0. What features would you want to see?