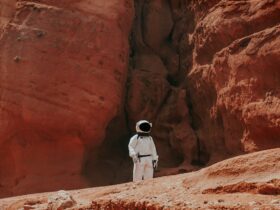 Beautiful and harmless, the newly found snake has piqued the interest of scientists worldwide. The genus Phalotris includes 15 semi-subterranean species that are found in central South America. There is a distinct pattern of red, black, and yellow on the bodies of this particular snake species. A team of scientists from the Paraguayan NGO Para La Tierra and Paraguay’s Instituto de Investigación Biológica collaborated to make the finding. Tourist hotspot Laguna Blanca is said to be where the species may be found.

In 2014, one of the researchers working on the project discovered a new type of snake at Rancho Laguna Blanca while excavating a hole. Phalotris shawnella was the name given to the rare snake.
The new Phalotris snake looks impressive. The red head, yellow neck, black medial stripe, and orange dorsal scales with scattered black patches set it apart from other snake species
Three specimens are all that are known about this rare species, which is endemic to the Cerrado woodlands in eastern Paraguay’s Department of San Pedro. Known places in the department include Colonia Volendam and Laguna Blanca, which are both sandy areas.

The species is only known from a recent specimen collected in the Cerrado zone of northeastern Paraguay at Rancho Laguna Blanca, San Pedro department, and two photographic records of live specimens from this and an additional locality. Limited ecological data based on observations of a captive individual, and a wild record, are provided, and a conservation assessment is performed for this extremely limited range Paraguayan endemic snake, reads the study.

IUCN conservation categories classify this new snake species as “Endangered” because of its dwindling population and high level of rarity (IUCN). In other words, it’s in risk of becoming extinct until anything is done to save it. This shows that Paraguay’s natural environment needs to be protected in this area. In spite of having been declared a Nature Reserve for five years, Laguna Blanca is now unprotected and vulnerable to development. This site’s protection should be a top concern for the whole country.