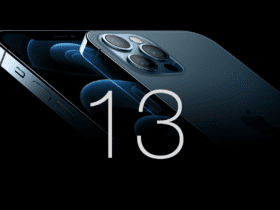 Is iPhone 13 Worth Our Money?

Astronomers don’t give up hope in looking for signs of alien life on Mars, even though the planet seems like a complete wasteland. But we all know that looks are often deceiving and that even microorganisms such as germs can represent alien life if scientists find them on our neighboring planet.

NASA sent the Perseverance rover to the Red Planet last year in February. The goal is to look for any signs of life existing on the planet in the present or in the past. After more than 12 months of remaining on the planet, Perseverance now prepares for another important step.

Perseverance will begin gathering rocks from an ancient delta feature

According to the BBC, NASA’s Perseverance rover will start climbing an ancient delta feature upward from the crater where it landed. That’s a very important spot, and the NASA astronomers know it very well. The journey will start on Tuesday, May 18. Along the way, the rover will start examining and collecting rocks to determine if there are any clues to the existence of alien life on Mars.

Later space missions will have to examine the rocks further. The material will have to be brought to Earth for more close analysis. But there is plenty of time to wait until that happens, as the task is scheduled for the 2030s.

Dr. Katie Stack Morgan, who is a deputy project scientist, explained to BBC News how important the mission is:

The delta in Jezero Crater is the main astrobiology target of Perseverance,

These are the rocks that we think likely have the highest potential for containing signs of ancient life and can also tell us about the climate of Mars and how this has evolved over time.

What do you think? Can NASA ever find alien life? Let us know in the comment section!