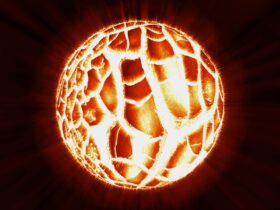 NASA’s upcoming mission will explore Saturn’s moon for any signs of life. The space agency will send a sample-return spacecraft, dubbed Dragonfly, to Titan by 2027.

The lander will use liquid methane harvested from Saturn’s moon as fuel, and it will carry an ascent vehicle, as well. Scientists expect the Dragonfly to arrive at Titan by 2036 and spend there 2.7 years. How will the spacecraft survive the moon’s harsh conditions?

Exploring Titan and Searching For Life

NASA’s Dragonfly is in development for quite a daring mission: exploring Titan. For decades, scientists have been hoping to investigate the moon’s ground and unveil its mysteries.

That includes Titan’s rich organic chemistry, hydrological cycle (with methane), and prebiotic surroundings on the surface.

The mission represents the efforts of a team led by Steven Oleson, the COMPASS Concurrent Spacecraft Design Team leader at NASA’s Glenn Research Center. It is also an intriguing approach for Saturn’s moon that will bring a great deal of essential data for planetary science and astrobiology.

Dragonfly will rely on a Multi-Mission Radioisotope Thermoelectric Generator (MMRTG) to generate electricity from the heat produced by the slow radioactive decay of plutonium.

On the other hand, the sample-return mission would take its fuel for its comeback using volatile elements made directly on Titan. You can see below an illustration featuring a lander and an ascent vehicle. Their purpose is to follow and help Dragonfly. 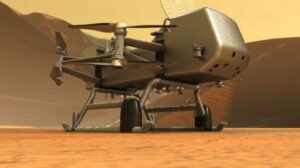 All the samples will be loaded in the ascent vehicle and returned to Earth.

The current plan is just one of several cutting-edge proposals that have been confirmed for Phase 1 development. It’s also part of NASA’s NAIC program for 2021, which is an incredible project.

Even if all the ideas and plans don’t come to fruition, the program will still inspire the future of humanity in space.