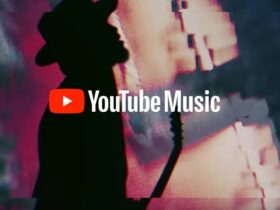 Exercising or following a fitness routine should not be the same for all people. According to a new study, moderate workouts can improve our health and longevity over time.

A team of scientists from the University of Guelph, Ontario, analyzed how people’s bodies change if they exercise intensely or moderately. The results are genuinely intriguing.

Exercise As Much As You Can 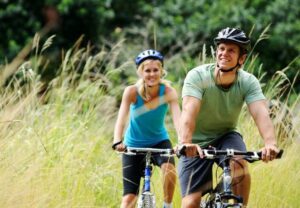 The team aimed to determine what happens to people who exercise moderately five times/week or follow a high-intensity interval training (HIIT) for three days/week.Â

To do that, the scientists needed 23 sedentary, overweight, adult men (women were not included due to concerns about their menstrual cycles influencing the metabolic results).

Next, they measured the participants’ fitness, blood pressures, body compositions, and asked them to consume shakes full of fat. That was necessary to find out how their metabolisms reacted to the nutrient.

Half of the participants trained three times/week on stationary bicycles in the lab. They had to run as much as possible for only 30 seconds, then rest for 2 minutes, and repeat that four to six times.

The others followed a typical moderate-exercise schedule, cycling five times/week for 30 to 40 minutes.

Scientists observed that the moderate-intensity group pedalled for at least 2.5 hours/week for six weeks, while the HIIT squad worked for less than an hour for the same period.

Finally, the participants were re-tested, and scientists analyzed their results for differences. 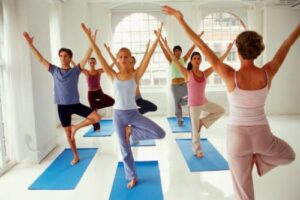 According to the scientists’ findings, almost all men were fitter. However, there were some differences, too.

Only those who exercised moderately boosted their blood pressures and shed a lot of body fat. Such a thing is quite shocking yet impressive.

Furthermore, the results show that intervals and standard exercise change our bodies in different ways. Dr Jamie Burr, the lead author of the study, advises us to consider what we expect to get with exercise when choosing how best to exercise. She also stated:

“All exercise is good, but there are nuances.”

For instance, you can exercise almost daily, moderately, to improve ongoing blood-sugar control and blood pressure.