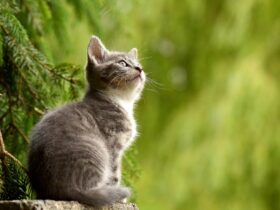 MK-7 is by far one of the players’ favorites, and recent events have just proved that!

After competing with the Combat AR in the funding station, MK-7 won and now is available in Fortnite. How cool is that?

Epic is known for its way of playing around with the weapon vault, so having the funding stations it’s actually the perfect way to spend some gold on the best weapons that were removed. The fight between MK-7 and the Combat AR was quite challenging, being the most contested so far.

Here is what you should know about MK-7 in Fortnite Chapter 3 Season 2.

MK-7 is Back in Fortnite: What to Expect?

MK-7 has found its way back to Fortnite, being re-added on April 7, dropping in as a rarity across the island. The fight with Combat AR was epic, and we get to wait quite long now to see it coming back.

Popular tipster iFireMonkey offered a glimpse on Twitter of MK-7 winning the Unvaulting Battle. Check it out:

The MK-7 won the Unvaulting Battle ~20 minutes ago!

The competition was fair, but the voting had some issues. For example, Epic disabled the funding stations for about 30 hours because votes weren’t really working correctly. However, the case was solved, and the voting was back so that the MK-7 would win!

When are the Next Funding Stations Events in Fortnite?

Obviously, we should expect more to see from these funding stations, as dataminers have succeeded in finding out. Some of them will witness the following:

That’s more than good news, as Fortnite players always seek to prove their in-game skills and get what they want. It’s all fair as long as Epic Games didn’t change something and ruin our plans, right?

Well, we should wait and see what’s next and what other stuff Epic is planning.