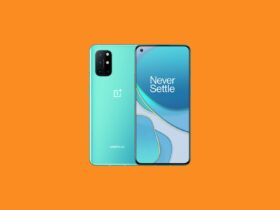 Back in January, Xiaomi announced the 11i and 11i HyperCharge smartphones. By then, Android 12 had been available for a few months but Google hadn’t released new devices using Android 12 yet! MIUI 13 was also omitted from the smartphones, which were revealed running MIUI 12.5, which is based on Android 11. For those who have waited patiently, we have some wonderful news to share with you. MIUI 13 is already rolling out with the long-awaited Android 12 upgrade from Xiaomi. There aren’t many technical information in this release, which is a bummer.

All the improvements brought forth by this release weren’t included in a complete changelog. However, you can count on all of the new features, such as Monet Engine and more “visible” security choices, that were introduced with Android 12. Among the many enhancements in MIUI 13, a more efficient and responsive user interface is one of the most notable additions. It’s important to remember that this is just the beginning for the two Xiaomi 11i models. MIUI 13.5 and MIUI 14 are most likely to arrive on these smartphones.

To recap, the Xiaomi 11i and Xiaomi 11i HyperCharge are essentially identical in terms of specs, however they have slightly different battery capacities and charging speeds. The 5,160 mAh battery in the vanilla is larger, but it charges at a slower 67 W. Xiaomi’s 11i HyperCharge, on the other hand, has a smaller 4,500 mAh battery but is dubbed “hypercharge” because of its faster 120 W charging speed. There are 204 grams in the vanilla and 201 grams in the HyperCharge version. This is where the divergences come to a close for now.

The MediaTek Dimensity 920 SoC is found in both devices, to continue the theme of resemblance. Both phones feature a 6.67-inch Amoled display with Full HD+ resolution as well as a refresh rate of 120 Hz. It has a 108MP main camera, an 8MP ultrawide camera, and 2MP macros on the rear. Both Xiaomi 11i models offer 16 MP front-facing cameras for video calls and photos. Face Unlock is also supported, and fingerprint scanners are side-mounted.