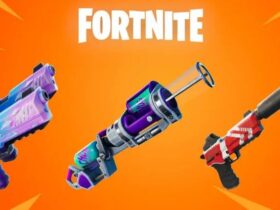 The leading provider of social media platforms in the world, Meta is now faced with eight complaints from multiple US courts of law. The accusations refer to the impact of the social media platforms on the mental health of young people, creating highly addictive behaviors, which have the potential to determine issues such as insomnia, eating disorders and even suicide.

Attorney Andy Birchfield, of the Beasley Allen law firm that filed the complaints, stated that “these applications could have been designed to minimize potential harm, but instead, a decision was made to aggressively addict adolescents in the name of corporate profits”. The law firm also relies on the recent testimony of a former Facebook employee, who denounced the fact that the company knows its platforms have a negative impact on young people, making them addicted to the technology.

The complaints are only a few among many other existing ones

The eight complaints are added to a list of many others, including ones made by parents of children who committed suicide after intensive use of the Meta platform. The Beasley Allen law firm went on to add that “the defendants knew that their products and related services were dangerous to young and impressionable children and teens, yet they completely disregarded their own information.”

Bloomberg noted that Meta has refused to give a statement on the accusations they are faced with. However, the company wanted to underline that they have created tools and mechanisms through which parents can monitor their children’s activity on the platforms. These tools allow parents to set time limits and restrict the access of their children on Facebook or Instagram, as well as send notifications to users reminding them to take a break from social media. The feature is called just that, “Take a Break”.

According to Bloomberg, “the claims in the suits include defective design, failure to warn, fraud and negligence. The complaints were filed in federal courts in Texas, Tennessee, Colorado, Delaware, Florida, Georgia, Illinois and Missouri.”

Photo by Solen Feyissa on Unsplash