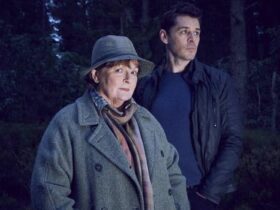 Vera Season 11 – Everything You Need to Know

With Blizzard deciding to tackle the mobile segment with the extremely popular Diablo francize, fans of the game were nothing but excited. However, the attitude rapidly changed after the launch of Diablo Immortal, on June 2nd, when players soon realized that there is a catch.

In the beginning, the gameplay for Diablo Immortal is classic Diablo-style. As an action-RPG subgenre, you are supposed to choose a character that you can constantly upgrade by doing certain quests and looting level-up materials. However, once you reach a certain level, this becomes more of a challenge than anticipated. And this is where in-game purchases come into the picture.

While leveling your character up to 30 is a classic Diablo gameplay experience, beyond that, you won’t gain any serious advantage unless you actually invest real money into the game. According to otakukart.com, “if you want to max out your character, you will need to spend US$ 100,000 —or 3.29 Bitcoins.” The big issue is that, while other pay-to-win games allow you to level up by simply investing more time into the game, this is not a guarantee for Diablo III.

The game mechanic is fairly simple to understand and is based on loot boxes. If you want to grow your character, you will have to find and equip legendary gems that will enhance your gear. But if you want to obtain more legendary gems, then you will have to apply so-called legendary crests, which are very hard to come across. Unless you invest money to get more. Furthermore, if you want to enhance your gems even further, you will need something called Dawning Echo, which costs 15USD a piece. And the worse news is that you won’t get any if you play more.

The pay-to-win dynamics may not bother you too much if you just want to play for fun and enjoy the story and the gameplay. However, if you seek to advance as much as you can, in-game purchases will become a problem and will make it almost impossible to get over the most difficult sections of the game without them. Furthermore, Extreme Tech noted that this system actually “kept the game out of some European countries that regulate loot boxes as gambling”.

In the end, even if the hype on Diablo Immortal was kind of destroyed after its launch due to the extreme pay-to-win mechanics, the game still enjoys a very big fanbase, from which it will probably still continue to benefit. 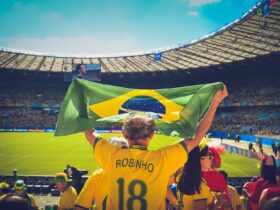 FIFA 23: When Will a World Cup Mode Become Available