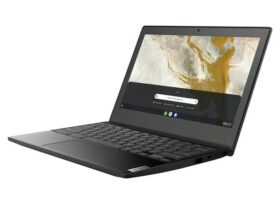 It seems that many mobile and desktop Twitter applications developed by third parties are currently unavailable. It appears that the impacted apps are unable to communicate with Twitter using the platform’s APIs. Many users are concerned that Twitter is causing these problems in an effort to eliminate competition from third-party apps. Since Twitter and Elon Musk have stayed quiet on the topic, however, at this time no definitive conclusions can be drawn.

Third party apps that aren’t full clients but access Twitter or use it for login are working fine. Tweetdelete, Unfollowspy, IFTTT, and Feedland = no problems.

If you’re unable to access Twitter through a client app, you’re not alone; it seems that the vast majority of these programs are currently experiencing technical difficulties. This seems to be a problem that affects a large variety of apps for both mobile and desktop use. At 11 p.m. ET on January 12, customers reportedly initially noticed the issue when their third-party clients stopped responding to their commands. An issue with Twitter’s application programming interface (API) may be to blame for the outage, albeit this is currently only a hypothesis. Fenix, Tweetbot, Twitterrific, and Talon, all widely used clients, are experiencing problems. The official Twitter app for mobile devices has normally been functioning.

No one knows if the outage is accidental or a deliberate attempt to disrupt third-party Twitter clients. According to Twitterrific, the cause has not been pinpointed. Developer of the Tweetbot plugin Paul Haddad has reported that Twitter has yet to issue a statement on the matter. That “whatever is going on at Twitter is just some automatic spam prevention bot that is wrongly suspending proper apps, or something similar,” Paul hoped.

However, services/applications that solely use Twitter APIs in a restricted fashion, such as for authentication, appear to be unaffected by the current outage. Because of this, many people believe that Twitter is purposefully limiting third-party clients by blocking their access to the platform. Elon Musk’s desire to significantly boost Twitter’s earnings is not hidden. Since Twitter makes no money off of third-party Twitter apps, this could be an indication that the downtime is deliberate.