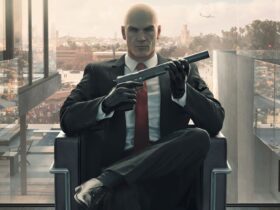 Hitman 3: There’s a Delay for the Freelancer Mode, and Developers Bring New Map to Compensate

We’re not here to say that the Mafia series is perfect, not at all. But we’re still talking about one of the most influential series for the gangster gaming world. All three games show locations that are set long before the world had to deal with smartphones, social media, or Virtual Reality.

The world of the ’30s, ’40s, ’50s and ’60s had other problems than if they got enough likes, if they took plenty of photos showing nothing important, and so on. The mafia was also as real as possible, unfortunately, and many people fell into the temptation of bribes, a criminal lifestyle, and other unorthodox ways. Those are the types of scenarios that the Mafia 1, 2, and 3 games propose.

The post rapidly generated a lot of reactions from the public, as you can see.

It’s indeed surprising to see Lincoln Clay in the B-Tier, the protagonist of Mafia 3. Perhaps the one who posted didn’t like the third game of the series too much. However, most of the series’ fans consider Mafia 3 inferior to Mafia 2., which means that we might need to give some credit to the addition of Lincoln in the B-Tier.

On the other hand, it was indeed expected to see Vito Scaletta alongside Joe Barbaro in the S-Tier. Vito is the protagonist of Mafia 2, while Joe could be considered his henchman. However, there is a DLC available for the second Mafia game where the player can step into Joe’s shoes. What’s for sure is that Vito and Joe make a great team, although they have their short differences.

Henry Tomasino’s appearance in the A-Tier is a bit surprising, considering that he was indeed more intelligent and charismatic than Joe.