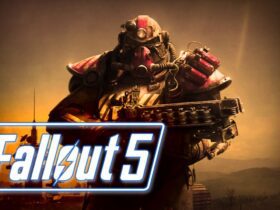 According to reports, Apple is developing a touchscreen MacBook Pro. The updated device might be released in 2025, ending years of anticipation, as Bloomberg’s sources claim that the next-gen MacBook Pros computers may also be available in that period.

What to expect from the new MacBook Pros? Read below all the details we’ve got so far.

MacBook Pro With a Revamped Touchscreen: Hit or Miss?

The new touchscreen of the next-gen MacBook Pros would “presumably” still include a normal trackpad and keyboard in addition to running macOS. However, the change could consist of display touches and gestures, just as Windows laptops and 2-in-1s.

The recent reports also said that as part of a larger redesign of the MacBook Pro, the tech giant based in Cupertino is switching its Mac screens to OLED. Well, that’s quite impressive, isn’t it?! But the iPhones and Apple Watches already come with OLED displays.

We have to admit that a touchscreen MacBook would be a huge move for a business that has made a point of claiming that touch is best on a tablet, like the iPads. Then again, the company unveiled the Touch Bar back in 2016 as a stopgap solution until full touchscreen functionality on MacBooks could be achieved.

The Touch Bar is really great because it offers features like spelling suggestions, system and in-app shortcuts, and other touch-friendly inputs.

However, neither programmers nor Apple’s most devoted fans ever adopted it; hence it was taken out of the 2021 MacBook Pro redesign (sorry, not sorry!).

And let’s not forget that Steve Jobs has been criticized for stating that touchscreens have no place on Macs. A revamped MacBook Pro wouldn’t be the first time the business has changed in ways that defy “the gospel of Steve.”

Until more information is released, everything could be possible!