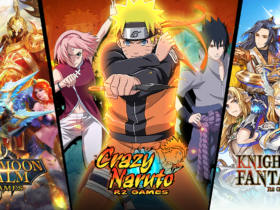 In our solar system, Jupiter was one of the earliest planets to form, but we know very little about the process through which it came to be. Jupiter, according to a new scientific research, is the biggest planet in our solar system in part because it devours smaller planets.

According to recent research published in the journal Astronomy and Astrophysics, the enormous gas planet may be stuffed with a slew of newborn planets. Pictures from NASA’s Juno spacecraft were used in a recent study paper to map out Jupiter’s rocky core. A look at Jupiter’s chemical make-up reveals it ate planetesimals to fuel its expansion.

Aims. In this paper, we assemble the most comprehensive and diverse collection of Jupiter interior models to date and use it to study the distribution of heavy elements in the planet’s envelope.

Methods. We apply a Bayesian statistical approach to our interior model calculations, reproducing the Juno gravitational and atmospheric measurements and constraints from the deep zonal flows.

Results. Our results show that the gravity constraints lead to a deep entropy of Jupiter corresponding to a 1 bar temperature that is 515 K higher than traditionally assumed.

Yamila Miguel, an astrophysics professor at the Leiden University in the Netherlands, said Juno’s information helped researchers obtain the fresh data needed to precisely estimate Jupiter’s interior, which was a vital part of the study. Jupiter’s rocky core may have been formed by one of two key theories: The planet may be made up of billions of tiny space pebbles, according to one idea. According to recent research, several “planetesimals” of several miles in diameter were absorbed into the core of the planet.

While Jupiter’s hydrogen-helium envelope grew, heavy elements were still being accreted in huge proportions, contrary to expectations based on the simple pebble-isolation mass model in its most basic form. Jupiter’s origin, as well as how other planets like Saturn, Uranus, and Neptune, formed, is the goal of the research.

In spite of its distance from the Earth of 484 million miles, Jupiter remains a fascinating object of study. NASA’s Juno mission is only one example of a rising interest in both Mars and Jupiter in the budding space sector. Images and explorations of Jupiter have helped scientists expand their understanding of Jupiter. NASA chose SpaceX in July to investigate if Jupiter’s moon Europa possesses the characteristics necessary for life.