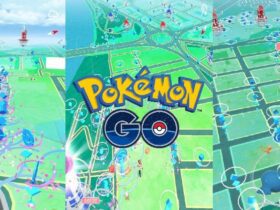 Minecraft Earth has proven to be an exciting augmented reality sandbox title, whether you’re passionate about the universe based on the legendary crafting game or not. Tens of thousands of people play Minecraft Earth, as the game is available for Android and iOS devices.

Unfortunately for the Minecraft Earth fans, it’s the end of the road for the augmented reality game. Microsoft itselfÂ made the sad announcement, as 2021 will shut down the game forever.

After many great adventures, we’ve made the difficult decision to close down Minecraft Earth in June 2021. We’re so grateful for all your support, and today’s last build includes several adjustments to make these last months as fun as possible:

But Minecraft Earth players will also have an interesting farewell update at their disposal. Developer Mojang’s upcoming addition will make the game ‘as fun as possible’. Not only that the gamers will get to craft and build much faster, but real-money transactions will also disappear.

We hope these adjustments will allow you to explore, craft, and build more — while staying safe indoors.

We’re eternally grateful for the amazing talent in the Minecraft community,

This was not an easy decision, and we’re doing everything we can to make sure you get the most out of Minecraft Earth before it sunsets.

If you’re among the numerous players of Minecraft Earth, Microsoft will delete your player data on July 1st. Also, if you’ve spent any money through the game, you will receive a token that you can use for downloading the Bedrock edition to your phone.