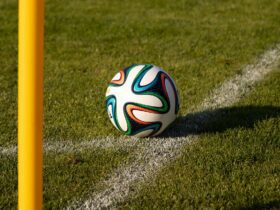 The FIFA Game Series Could Change Its Name

Good news for The Elder Scrolls 5 and The Witcher fans! A new update is now available.Â

Modder Gardden added back on July 2020 “A Witcher’s Adventure: to Nexus Mods. The Elder Scrolls 5: Skyrim welcomed then new elements from The Witcher world.Â

Since then, the mod has continuously been updated and recently received a much-needed backport compatible with Skyrim: Legendary Edition. More Special Edition content was also added.

The current update version brings five signs from The Witcher 3: Wild Hunt, nine new monsters, over 40 swords, many potions and ingredients, a Skill Tree with 33 perks, and Kaer Fendargh as a Worldspace.Â

You will also find two side quests and a three-part main quest for a more fantasy-like setting.Â

Check out the video below for more information:

The Elder Scrolls 5: Skyrim and The Witcher 3 So Far

The Elder Scrolls 5: Skyrim is considered now one of the most praised games on Nexus Mods. It hosts more than 65,000 files, downloaded approximately 1.8 billion times.Â

As for The Witcher 3, the game has an active modding community. It even has a mod that can replace all The Witcher 3’s dramatic-romantic choices and options with Yennefer.

The Elder Scrolls 5: Skyrim represents a genuine foundation in the video game industry. It reaches a remarkable milestone this year, a decade of awesomeness and loyal companionship.

The Skyrim fans returned time after time to the praised RPG as it launched on new platforms. And thanks to the modding community, which plays a massive part in the game’s longevity, we have to try one of the best mods ever developed for a game.