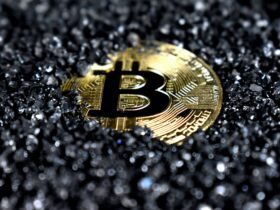 Apple plans a different approach when it comes to iPhone 14 Plus, considering the low sales. It might not come as a surprise based on what we’ve seen on the market, but we’re talking about the tech giant here, so it’s quite unexpected to see it letting down its guard.

The rumor mill has pointed out that the iPhone 14 Plus has been in stores since it was introduced back in October. Now that the situation seems to be so bad, Apple may use the iPhone 15 to launch something completely different. The question is, how different?

Discover the full story below and learn more about Apple’s plans.

iPhone 14 Plus Where to?

The poor sales of the iPhone 14 Plus are “far above” even Apple’s lowest projections, according to a post by yeux1122 on Naver, and the company is exploring new tactics with the iPhone 15 to reverse the trend. As much as we’ve seen it coming, it’s still surprising seeing Apple struggle.

Obviously, that’s doubtful. Apple wouldn’t change its plans for the iPhone 15 Plus because it schedules its phone launches years in advance.

The company, though, is “seriously” thinking about lowering the price of the iPhone 14 Plus. To recall, the iPhone 14 Pro Max has a similar display size to the iPhone 14 Plus, beginning at $899. The difference, of course, is the A16 processor, a stainless-steel body, a ProMotion display with Dynamic Island, and a sleek telephoto lens.

On the other hand, Yeux1122 continues to state that it is “very likely,” that the tech giant based in Cupertino will reduce the price of the iPhone 15 Plus.

iPhone 14 Plus was meant to be the solution to the iPhone 13 mini’s problems. Unfortunately, that didn’t really go as planned, and it seems to be doing about as poorly as its little predecessor in sales.

Let’s hope Apple will come up with a plan and be the game changer we all know!