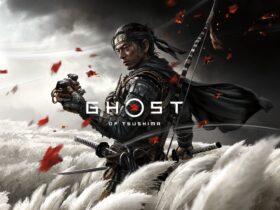 Ghost of Tsushima for PS4 on Sale

If you’ve been reading the title and asking yourself why would you need so much storage on a smartphone, the answer is simple. Phones today are very handy tools, and you can easily connect them to a monitor, TV, keyboard, and mouse. In other words, you can have a powerful computer right in your pocket, which means that adding a lot of storage space to a phone can only be a good idea.

As many of us know, Apple releases its flagship phone lineup around September each year. For 2021, it’s time for the iPhone 13 model to prove that it’s still room for improvements when it comes to smartphones.

More storage for iPhone 13 than many laptops

9to5Mac.com brings the great news that Apple’s next flagship lineup will be featuring 1TB of storage, enough to put a lot of your favourite high-end games and videos on the device. More precisely, the analysts from Wedbush reveal that supply chain checks suggest the huge storage that iPhone 13 will be featuring. This means that the next iPhones will have twice as much available storage space as the iPhone 12 lineup. According to Gizmodo.com, Apple leaker Jon Prosser also proposed the same scenario of iPhone 13 having 1TB of storage. The man said:

We’re in early stages of iPhone 13 right now, and we kind of just have prototypes to go off of, which means that not much is actually final.

But I will tell you that most of those prototypes, I’m being told, do feature a terabyte of storage. That is, prototypes for the pro models.

Of course, only time will prove irrefutably if the information is correct or not, but one thing’s for sure: iPhone 13 cannot be weaker than its predecessor iPhone 12.