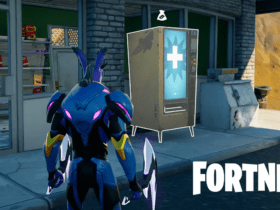 This Mending Machine Trick Keeps You Alive in Fortnite

Apple appears to be looking forward to introducing wireless charging to the iPad Pro next year, some industry sources claim.

The upcoming iPad Pro is reportedly going to feature a glass black to include wireless charging abilities, and it would also feature the MagSafe magnetic accessory system.

The same report suggests that Apple is working on an iPad mini with slimmer screen bezels and a buttonless case (meaning that they would say goodbye to the home button). If that is true, it would mark the first significant redesign of the iPad Mini of its history.

A recent Bloomberg report claims that the company would launch a new entry-level iPad next year, thinner than the 2020 iPad 10.2, and it is meant for students mostly.

As for the iPad Mini 6, many people believe that it would boast a similar design with the iPad Air 4, following Apple’s abandonment of the chunky-appearing tablet design that is common among the iPad family, and it appears that it may just be the case.

The two new tablets are presumably going to be launched at the end of 2021, seemingly close to the iPhone 13 launch.

However, you should take this information with a grain of salt, as none of them has been officially confirmed by Apple, which means that they may not be accurate.

We believe that the company would announce some extra news about the tablet during its Worldwide Developer Conference, so stay tuned for more information on the subject!