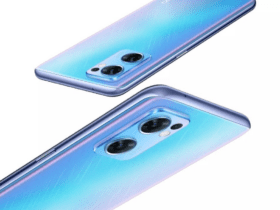 A series of new images have been published by Twitter account Battlefield News, which says that they originate from the game’s multiplayer mode.

Some of the images are tagged as “Pre-Alpha Footage”, and they depict a tank fighting in a red-hued cityscape and a futuristic aircraft gliding above a sand storm.

[RETWEET BEFORE IT GETS TAKEN DOWN]

ðŸ””+ FOLLOW US, @NewzBattlefield for the latest Battlefield News, Leaks and Information! pic.twitter.com/CZKUFZjkW7

Tom Henderson, a long-term Battlefield reporter, posted a tweet that claimed that the images are authentic.

Users on the reporter’s Discord server joined forces to help decode the message and make it understandable.

“Some of you want to return home — that most human of all instincts. With a heavy heart, I must tell you the truth. You have no home to return to. The question we must ask ourselves now is: do we accept our fate? Or do we dare to fight for a better world? No one may force you into battle, but I say to all who can hear my voice: If you can fire a gun, if you can tend a wound, if you can cry havoc, those who cannot need you. We need you. War is the only way home,” nme.com reported.

The message doesn’t expose too much of what Battlefield 6’s story, unfortunately.

However, GamesRadar claimed that the “interception unit” mentioned in the USS Ravenrock, likely got its name after the Raven Rock military base from Pennsylvania.