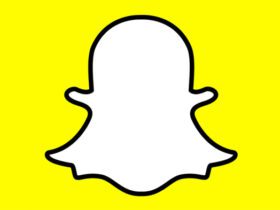 It’s a success! NASA’s Mars helicopter took its first flight, and we have proof.

The Perseverance rover, which carried Ingenuity, captured the whole event in an incredible video. The historic flight on our planetary neighbour tool place at 3:34 AM ET on Monday (April 19). Ingenuity flew for about 40 seconds, reaching its main goal.

NASA’s Ingenuity helicopter rotated its rotors to reach full speed (five times faster than an Earth’s helicopter) and then lifted itself 10 feet (3 meters) above the Martian ground. After that, it hovered, approaching Perseverance again.Â

You can watch the full video below:

Ingenuity’s flight is now the first powered controlled flight ever realized on another planet. NASA dubbed the event as a “Wright brothers moment.”

“At altitude, it gets pushed around a little bit by the wind, but it really maintains station very well, and it stuck the landing right in the place where it was supposed to go.”

The Mars helicopter is a tech-demonstration mission, meaning that it won’t conduct any science tasks. NASA’s purpose was to show how the rotorcraft tech works so that the next helicopters could hunt caves and canyons too challenging for rovers.

NASA announced its bold plans for other 4 helicopter flights.

Over the next two weeks, a space drone will begin a daring mission of 4 flight attempts. The device would have to venture higher and farther each time.

According to NASA engineers, we might witness another flight this week. But that’s not all.

Soon, Perseverance’s microphone will be turned on to include audio in the next flight videos. How cool is this?

If everything goes as initially planned, Ingenuity’s last flight could reach up to 15 feet (4.5 meters) high over 980 feet (300 meters) of Martian surface.