The One UI 5.0 Stable Update Arrives for Samsung Galaxy A73 5G

Major skin release is expected to land in Fortnite soon! Players have been getting excited about a leaked skin dubbed “Kevin Couture” after many reports hinted at a new skin update.

One of the coolest stuff that has helped Fortnite became so popular are the creative and unique skins. So far, we’ve come across a bunch of fantastic skins featuring Marvel, DC Comics, Netflix, or the NFL characters.Â

Every skin release got us excited a lot, but the new Kevin Couture might arrive as a game-changer.

The rumour mill has stirred quite a buzz about the mysterious skin. We’ve got the first details from data miners during Season X and again in Chapter 2, Season 5.

Kevin Couture is believed to be a dapper version of Kevin the Cube, in skin form. So far, we’ve come across several concept designs, as well. Popular leaker Mang0e says that the skin was updated recently, and it’s ready to air to Fortnite.

Now, we just have to keep our fingers crossed for an official announcement and a launch event! 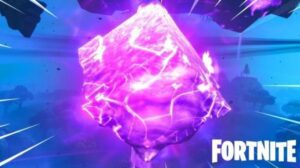 Chances for the highly rumoured skin to arrive in Season 6 are pretty much high, especially after its recent update. Unfortunately, neither Epic Games nor any other reputable leakers have confirmed when Kevin Couture will arrive.Â

One thing is sure. Kevin Couture is a sure bet when it comes to future releases.

The skin has been leaked multiple times, but only as a concept. You can checkÂ easkateconcepts’Â Instagram account for some Kevin Couture design looks.

At this point, that’s all the information we have. But we should expect more details soon.

Stay tuned to be the first to get a glimpse of the unique Kevin Couture skin!