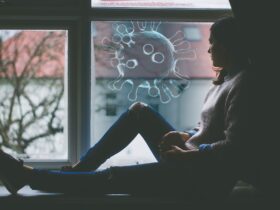 Dr. Anthony Fauci Brings the Great News About COVID That Everyone Has Been Waiting For

Scientists have discovered the 19th form of water ice. Seeing the exotic crystals in that shape is very rare. They typically form at ultra-low temperatures and under extreme pressure.

At the moment, ice XIX, as it was dubbed, only exists in laboratory conditions during controlled experiments. Still, researchers claim that it shows more about other forms of ice, which form deep within our planet’s mantle and on very cold planets and moons in space.

Lead researcher Thomas Loerting, a physical chemistry professor of the University of Innsbruck in Austria, said:

“Only if all of these are known, you are allowed to name your ice … Ice XIX is now the name for the new ice phase discovered in our work,” he added in a mail to Live Science.

Regular six-sided crystals of ice, also known as ice 1, or even more commonly called snowflakes, are among the many forms ice can take.

Until recently, eighteen varieties of polymorphs of water ice were scientifically labeled, though snowflakes are the most common form of ice on Earth.

Ice XIX is a relatively new product. Loerting’s team has recently produced it in their lab experiments by slowling the cooling process of ice XV to approximately 170 degrees Celsius and significantly increasing the pressure to nearly two gigapascals.