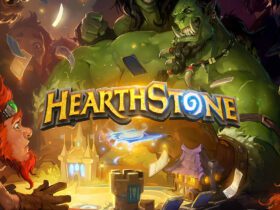 Hearthstone Arena Tier List – Which Heroes Should You Pick?

SNES games aren’t dead, despite the fact that the console was released over three decades ago, in 1990. The gaming machine offered support for over 1700 games.

Luckily or not, there are a lot of folks who are in favor of playing SNES games even today. While it’s a bit complicated to find the legendary SNES console in stores nowadays, when the vast majority of gamers are busy with titles that occupy dozens of gigabytes, it’s great that there are plenty of SNES emulators out there to choose from!

ZSNES is the first emulator from our list, although we’re presenting our selections in random order. This is a nice emulator that won’t give you too many headaches with the configuration part. The installation file is small, and it will only take a few seconds to install and start running.

Once you have a SNES game file such as Contra III: The Alien Wars, meaning one of the best games for the iconic console, you must go ahead and configure your controller. Just head over to ‘Config’ and ‘Input’. From that point, all you have to do is click on each section with the mouse where you want to activate the desired buttons.

Simply press on your gamepad the controllers you want for each area, and you’re done. After that, you’ll need to select ‘Game’ and ‘Load’. Finding the game file on your PC and selecting it is the next obvious step.

RetroArch is an emulator that works for many retro games, not just those that were available for the SNES console. RetroArch can also emulate games for the NES console, for instance. It’s free and open-source but also a nice alternative for the ZSNES emulator.

Another great aspect of RetroArch is that it continues its adaptiveness even in the area of the operating system. What do we mean by this? Simple: it doesn’t work only for Windows. You can also install it and get it running without much effort for Linux and macOS.

Thanks to the guys from Retro Game Corps, we can easily find out how to get things started with RetroArch:

Last but not least, we have to mention Snes9x. This is another cute emulator that’s capable of some impressive things. Not everybody is a Windows fan, and those developers behind Snes9x know that very well! Their SNES simulator can be used on a pretty wide variety of PC operating systems, not just Microsoft Windows. This little beauty has official ports for macOS,  MS-DOS, Linux, Xbox, PSP, PS3, GameCube, AmigaOS 4, MorphOS, Wii, Android, and iOS.

There you have it, three big and powerful emulators to choose from! If one of them doesn’t fit your needs and desires, you can always give another one a try until your SNES games run as smoothly and flawlessly as possible.

You must also keep in mind that emulated SNES games won’t appear as modified in any way. You won’t get a cheap and modified copy of Super Mario if you emulate it, for instance.

SNES can prove to the world nowadays that the gaming industry doesn’t necessarily have to be featuring high-end graphics in order to be successful. Plenty of SNES games will live forever in the hearts of many gamers!