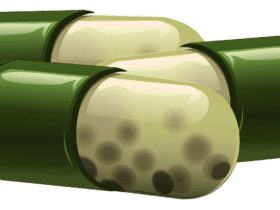 Research Indicates That Multivitamins and Supplements are Useless for Most People

Hitman 3 is easily one of the best stealth games ever made. The silent assassin Agent 47 has some deadly new tricks up his sleeve to prove that he means business and doesn’t like to waste time. Released in 2021, this game is considered by many the pinnacle of the series.

But you know how it usually happens that a great game must also get great updates to remain on top. Gaming nowadays is constantly evolving, and you can’t remain on top as a game developer if you don’t adapt. It’s even available for Hitman 3.

According to IGN.com, IO Interactive, meaning both the developer and publisher of Hitman 3, announced that the game’s awaited Freelancer Mode will arrive later than expected. Players will get to benefit from it only in the second half of the current year. The mode will be a load of fun, as it allows customization for the new Safehouse of the silent assassin.

At the same time, the same source tells us that the developers will release a brand new map this July, and it’s called Ambrose Island. This should surely cheer up the fans who are upset about the delay.

In Hitman 3, the legendary genetically-modified assassin Agent 47 can be even more ingenious and stealthy than we knew him. He won’t hesitate to find all sorts of ways to infiltrate somewhere, although sometimes all he needs is just an invitation.

Otherwise, Hitman 3 remains as its fanbase knows it. Sick, cunning, merciless, and most of all: preposterously addicting. Those willing to play the stealth game can do so on either one of the following platforms: PlayStation 4, PlayStation 5, Xbox One, Nintendo Switch, Xbox Series X/Series S, Windows PC, and Google Stadia.