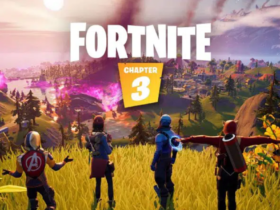 If nothing totally unexpected occurs, EA will also release FIFA 23 in a few months. The arrival should take place sometime in September or October. It’s obvious that EA must bring something new in the upcoming iteration in order to make the fans buy it, and that ‘something’ doesn’t include the updates for the latest rosters and player stats. Judging by the fresh info we have, FIFA 23 will indeed bring something totally new.

The ‘Stadium Builder and Editor’ is coming for FIFA 23

According to a new leak from @FUTZONEFIFA, the Career Mode for FIFA 23 should allow players to build and edit stadiums in the game. This shall also include the possibility of establishing the stadium capacity, editing the billboards, and more. That’s great news, considering that FIFA fans are well-known for being hard to please.

🚨 FIFA 23 Career Mode will feature a “Stadium Builder & Editor” section. You be able to edit billboards, stadium capacity, dynamic of the stadium, colours and more.

The billboards that appear on the stadium’s bottom sure have their beauty, regardless of how much some people might hate them. We can’t wait to see the option of editing them in FIFA 23!

If we remember FIFA 22, meaning the latest iteration of the famous football simulation series, we realize that it represented a pretty interesting upgrade compared to the predecessor, FIFA 21.

Powered by Football™, EA SPORTS™ FIFA 22 brings the game even closer to the real thing with fundamental gameplay advances and a new season of innovation across every mode.

This can only mean one thing: FIFA 23 has to be superior even to its predecessor, FIFA 22. The developers just have to make a better game in order to sell it, and time will most probably confirm it.