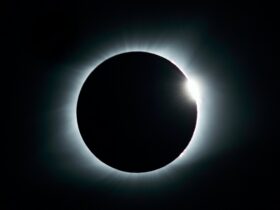 Figuring out the essential nature of reality according to quantum mechanics, is like the most challenging game you’ve ever played. And it can get worse.

Imagine that, no matter where you begin with a quantum principle, you always get a puzzle to solve. That, unfortunately, makes you rethink the mechanism of how your world fundamentally works.


Let’s find out how the world actually is according to quantum mechanics.

Here are four concepts, ready to blow your mind.

The World Must Be Made of Something, Right?

Einstein debated with his pal Niels Bohr, a well-known physicist, a rather odd case. It all started with: “What if the world isn’t made of well-defined, independent pieces of ‘stuff’?” Well, things went like this:

Bohr argued a lot that we don’t have to think at the world as well-defined. In his view, Earth doesn’t possess definite features unless, well, you see it. So, what he really believed is that the world isn’t actually there.

On the other hand, Einstein thought that the world must be made of something, whether you look or don’t.


The quantum physics community, however, believes that we can avoid Einstein’s spooky action-at-a-distance.

According to scientists, the speed of light is the Universe’s absolute speed limit. Einstein laughed at that concept and proposed something else.

He mocked the idea of physical systems affecting each other faster than a light signal could move between them. He also called it, “spooky action-at-a-distance.”

Nowadays, we still didn’t find anything better than Einstein’s theory. So, we really can’t avoid Einstein’s concept after all, right?

If performing an experiment to calculate a quantum system could influence how the system was initially, Einstein could finally have his moment of glory. Such a thing is now dubbed “retrocausality.”Â

It highlights the fact that the effects of experimenting would have to go backwards in time. And as odd as it might sound, such a thing is a common idea in the quantum physics community.Â

Quantum mechanics suggests that a so-called God’s eye perspective of the world is not possible at all. Meaning that a legendary Zeus atop Mount Olympus inspecting the world is actually impossible.

Many scientists can examine the systems and realize complete recordings of what they view in some other quantum cases.

However, they will later disagree about what really happened when they finally compared notes. So, we can never know who’s correct, not even Zeus!

Next time, when you solve an “impossible” puzzle, rest assured you’re not alone. There are scientists out there, knowing how you feel.Â