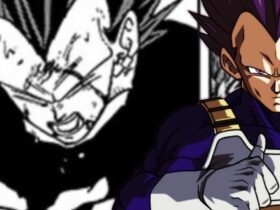 Top Reasons Why Vegeta is the Main Character of the Dragon Ball Franchise, and NOT Goku

Hitman 3 still sits comfortably in the ranks as one of the best stealth games ever made, and many people see it as the best ever. The developers from IO Interactive now bring the big announcement that the PC version of the game will be improved with both Ray Tracing and DLSS+FSR support.

The news can only delight the fans, and one of the best parts of it is that the new features will become available in just a few days for Hitman 3 on PC. Ray Tracing is the technology known for bringing higher-quality shadows and reflections. That’s simply a ‘must’ for a stealth game nowadays!

Ray Tracing and Adaptive Supersampling arrives for our PC players with patch 3.110 on May 24.

However, you must keep in mind that not just any PC will be able to withstand the improved version of Hitman 3. As you’ve seen in the tweet already, IO Interactive also provided a link to a list of hardware requirements. Therefore, you’ll need a minimum of 8GB of RAM, an Intel Core i5 10600K or AMD Ryzen 5 5600X processor, as well as an NVIDIA GEFORCE RTX 2060 SUPER or AMD Radeon RX 6600 XT graphics card.

As for the recommended hardware, this is where things get a little complicated. You’ll need a PC that has at least 16GB of RAM, an Intel Core i7 10700K or AMD Ryzen 7 5800X processor, and an NVIDIA GEFORCE RTX 3070 or AMD Radeon RX 6900 XT graphics card.

With or without Ray Tracing, playing Hitman 3 is a load of fun! The game is considered the pinnacle of its series. You can purchase Hitman 3 from Steam for 59.99 euros, where there’s also an interesting description:

HITMAN 3 is the dramatic conclusion to the World of Assassination trilogy. Become Agent 47, a legendary assassin and use creativity and improvisation to execute the most ingenious and spectacular eliminations, in sprawling sandbox locations all around the globe.

Except for the PC version, Hitman 3 is also available for PlayStation 4, PlayStation 5, Nintendo Switch, Xbox One, Xbox Series X/Series S, and Google Stadia.