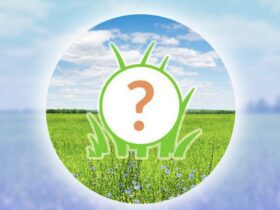 Without a doubt, Cell was one of the strongest villains that the Z warriors had to face in Dragon Ball Z. He was an evil android created by Dr. Gero to take down Goku. But for his quest, Cell had to absorb Android 17 and 18.

There’s no use to believe even for a second that Cell was a good character. He wanted to destroy the whole Earth, along with all the Z warriors. Confronting Goku, Cell fought a great battle and even almost won against the beloved Saiyan. But surprisingly, Goku quit, letting his son Gohan get the job done.
But Goku, Gohan, Future Trunks, and even Vegeta encountered a version of Cell who sometimes knows how to be a pretty decent guy. Once again, we’re not saying that he’s a good person. No, he’s pure evil. But still, he had a few moments when he was really a chill guy, and we’ll present them below:

Giving Gohan time to power up

While fighting Cell, Gohan was no match for him. Goku’s son was dominated so badly that Piccolo thought that he would die. But Gohan only needed a little push to charge up to another Super Saiyan level. Obviously, he also needed time, and Goku’s son warned Cell about what tremendous power lies within him. But Cell actually listened to Gohan’s story, laughed a bit, and gave the son of Goku the time he needed to achieve the Super Saiyan 2 transformation. Cell could have easily killed Gohan, but instead, he chose to enter the boy’s game. Later on, that was the biggest mistake Cell ever made.

Cell was preparing to destroy the Earth, and he made a lot of fuss about it on TV. Literally! He wanted to confront the world’s best fighters first to see if he could get a real challenge. At that time, Cell was the strongest opponent that Goku and the gang ever had to face.

For an evil guy, organizing a tournament for giving fighters a chance to stop his diabolical plan is indeed an act that shows a little honor. Frieza would never have done that, for instance, as he’s the kind of villain who would kill someone in his sleep. But as for Cell, the android shows some honor before trying to grab a victory.

Trunks came back from the future to take Cell head-on, as well as other androids. After some intense training sessions along with his father Vegeta, Trunks decided that he’s strong enough to challenge Cell to a fight. Until one point, Trunks was doing pretty well, but as he powered up more, Cell started to dominate the fight. That was obviously a major conundrum at first. The evil android actually took time to explain to Trunks why the Saiyan lost the advantage. Vegeta’s son was pumping up his muscles too much, and therefore losing speed. That caused his movements to be too slow and predictive, which led to Cell gaining the advantage over the fight. Furthermore, Trunks admitted that Cell was right, and invited him to finish the fight in the way he wanted. Instead of terminating Trunks once and for all, Cell left him alone and standing. That again was an unexpected act for a supervillain like the android created by Dr. Gero.

Perhaps every villain has his moments in Dragon Ball when he wasn’t completely evil. However, we have our doubts about Majin Buu, especially in his Kid Buu form. That rascal was as evil as someone can get, but he came back as a good person: reincarnating in Uub.