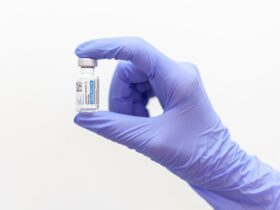 But, let’s not forget the game also offers a lot more than just causing chaos. The game has evolved over the years, with new updates, new vehicles, new weapons and new game modes. It’s an RPG that has grown and matured with time, much like a bottle of virtual fine wine. And who can forget the iconic characters like Michael, Franklin, and Trevor, who have become household names among gamers?

A new GTA Online update is launching, and it comes with plenty of exciting items. A Traveling Gun Van is included, a powerful new weapon (the Railgun), and a lot more! It’s the latest weekly update we’re talking about, and ComicBook.com brings a lot of details.

Players will observe a vehicle moving across the map that has a constantly changing selection of weapons and equipment, including ammunition and armor, on a weekly basis.

We can also check out the double GTA$ and RP on the Community Series that features a new lineup:

One amazing fact about Grand Theft Auto 5 (GTA 5) is that it has sold over 110 million copies as of June 2021, making it one of the best-selling video games of all time and the third highest-grossing entertainment product ever behind Minecraft and Tetris.