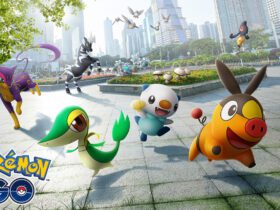 Pokemon GO July 2021 Map Update – What You Need To Know

On the new-gen consoles, some games cost as much as $70. On Xbox One and PS4, no game surpassed the $60 price point for over a decade.

Unfortunately, it appears that slowly and surely, we are nearing the $70 price point. Last year, Take-Two Interactive released NBA 2k21 for $70 on PS5 and Xbox Series X. As it seems like the $70 price point is becoming a norm, Grand Theft Auto fans are on high alert.

There was some severe backlash regarding the price increase, but too little compared to the number of active gamers.

The news for Grand Theft Auto fans comes from Take-Two Interactive CEO Strauss Zelnick, who stated that Take-Two is of the mind that gamers are ready for the step up in price.

“We announced a $70 price point for NBA 2K21, and our view was that we’re offering an array of extraordinary experiences, lots of replayability, and the last time there was a frontline price increase in the US was 2005, 2006, so we think consumers were ready for it,” he added.

However, there is still a chance that GTA 6 won’t cost more than $60, as Zelnick explained that he and his team don’t believe that not all the games will be priced $70, as for some games, the step-up in price would be unjustifiable.

“We haven’t said anything about pricing other titles so far, and we tend to make announcements on a title-by-title basis, but I think our view is always to deliver more value,” said Zelnick.