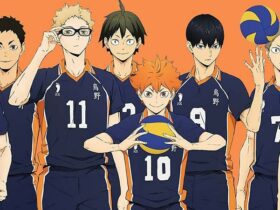 Haikyuu!!: Sports Hinata to Try Based on His Glowing Personality

Grand Theft Auto is undoubtedly one of the most popular gaming franchises of all time.

The last instalment of the series, GTA V, is among the best selling games of all time, too.

However, that game was launched many years ago, and we can’t help but look forward to a fresh release in the form of GTA 6.

The game will reportedly feature cryptocurrency for payments, sources say.

The players will be able to accept crypto payments from some contractors who aim to remain anonymous.

Tom Henderso, a reputable insider, recently spoke about the news on Twitter:

I heard recently that in GTA 6, some missions will reward you in bitcoin instead of cash for completing some missions.

The stock market feature will return, with the addition of a broker for different cryptocurrencies. If GTA 6 incorporates this right, it’s huge for crypto.

Handerson also added that the crypto’s final name isn’t necessarily going to be Bitcoin but that he is optimistic that it would make an appearance in the game.

We are confident in what Handerson announced, notably because he leaked accurate information in the past, especially about titles like Call of Duty and Battlefield.

The launch of GTA bitcoin or another fictional crypto will certainly raise public awareness of the real-world crypto market.

As important as the feature may be, it wouldn’t be the first time Bitcoin makes an appearance in popular culture.

References to the cryptocurrency have already been present in significant numbers all across the media.

In Family Guy, bitcoin is introduced as an investment opportunity in detail.