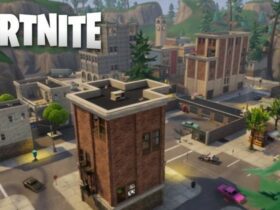 Fortnite: Will The Tilted Towers Get Destroyed Again?

According to significant research, considerable areas of Amazon may never recover, and that’s probably one of the saddest things to happen to our planet.

Scientists found that in some regions of the Amazon, environmental devastation is so severe that the rainforest has reached a critical point. Learn more about the latest data on Amazon and its future below.

Amazon Fights For its Existence

Scientists from the Amazonian Network of Geogerenced Socio-environmental Information (RAISG) teamed up with the Coordinator of Indigenous Organizations of the Amazon Basin (Coica). They investigated all nine nations that contain parts of the Amazon.

What they found is genuinely concerning: only two of the nine have at least half of their woods that are still intact, small Suriname and French Guiana.

The tipping point is not a future scenario but rather a stage already present in some areas of the region; […] Brazil and Bolivia concentrate 90% of all combined deforestation and degradation. As a result, savannization is already taking place in both countries, explained the researchers.

What Should Be Done?

A worldwide agreement for the permanent conservation of 80 % of the Amazon by 2025 is being demanded by indigenous organizations from the Amazonian region, representing 511 nations and allies.

However, given that just 74 % of the original forest is still there, the 80 % aim is a significant hurdle. Not only must urgent effort be taken to safeguard the remaining forest, but also to recover damaged land and return it to that 80 %. How does this sound?

The best approach to ensure preservation is to give Indigenous communities more responsibility for land management because they have their way with the forests. Equally essential is granting the land state protection and closing legal loopholes that let extractive businesses operate there.

More cooperation between regional governments, private corporations, and international financial institutions is also needed to control a large portion of the debt due by Amazonian states. Writing off that debt in exchange for preservation promises would be necessary because Latin America is the most indebted area in the developing world.

Even if everything seems like too much, we can still be optimistic by trying to support the scientists’ work, then take some action by helping those who run different environmental campaigns.