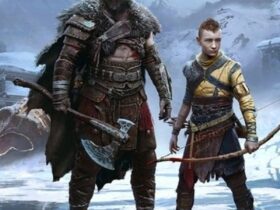 The next installment in the Grand Theft Auto series will serve as a point of creative reference for the rest of the series. Take-Two CEO Strauss Zelnick said, as part of the company’s financial report, that the creation of the game, which does not yet have a name, is well advanced. Zelnick was speaking about the game’s development in good terms.

The Rockstar Games team is determined to once again set creative benchmarks for the series, our industry, and for all entertainment, just as the label has done with every one of their frontline releases.

In February, Rockstar provided confirmation that progress was being made throughout the game’s production:

With the unprecedented longevity of GTAV, we know many of you have been asking us about a new entry in the Grand Theft Auto series. With every new project we embark on, our goal is always to significantly move beyond what we have previously delivered — and we are pleased to confirm that active development for the next entry in the Grand Theft Auto series is well underway. We look forward to sharing more as soon as we are ready, so please stay tuned to the Rockstar Newswire for official details.

On behalf of our entire team, we thank you all for your support and cannot wait to step into the future with you!

Since then, it has been reported by Bloomberg that Grand Theft Auto 6 would be set in a region that is modeled on Miami, and that the game may contain a female character that the player may control.

Bloomberg cited anonymous sources who said that the game won’t be released for at least another two years in a piece that was only published last month. as well as the possibility that this is due to significant cultural shifts within Rockstar.